NEWS ALERT Continuing to be the church 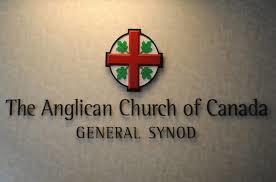 The General Synod of the Anglican Church of Canada meets this year from July 10-16, 2019 in Vancouver BC.   Members of Synod will be joining parish churches in the Diocese of New Westminster on Sunday, July 14. We are mindful of the work of this General Synod, whose theme is “I have called you by name.” In particular, Synod will be considering the establishment of a self-determining indigenous Church in our midst, the practice of marriage in our church, and the election of a new Primate." Bishops nominated for the election of the 14th Primate are:

A Collect for General Synod – to be used as possible in the weeks leading up to July 10.

God of our ancestors, God of our future, who was and is and is to come,  you have named us in baptism and called us into friendship with you and one another. In this General Synod, give all participants grace to listen well, to speak with respect, to deliberate with wisdom, and to honour this gathering of your beloved Church; through Jesus Christ, before whose name we bow in adoration and praise, now and for ever. Amen.