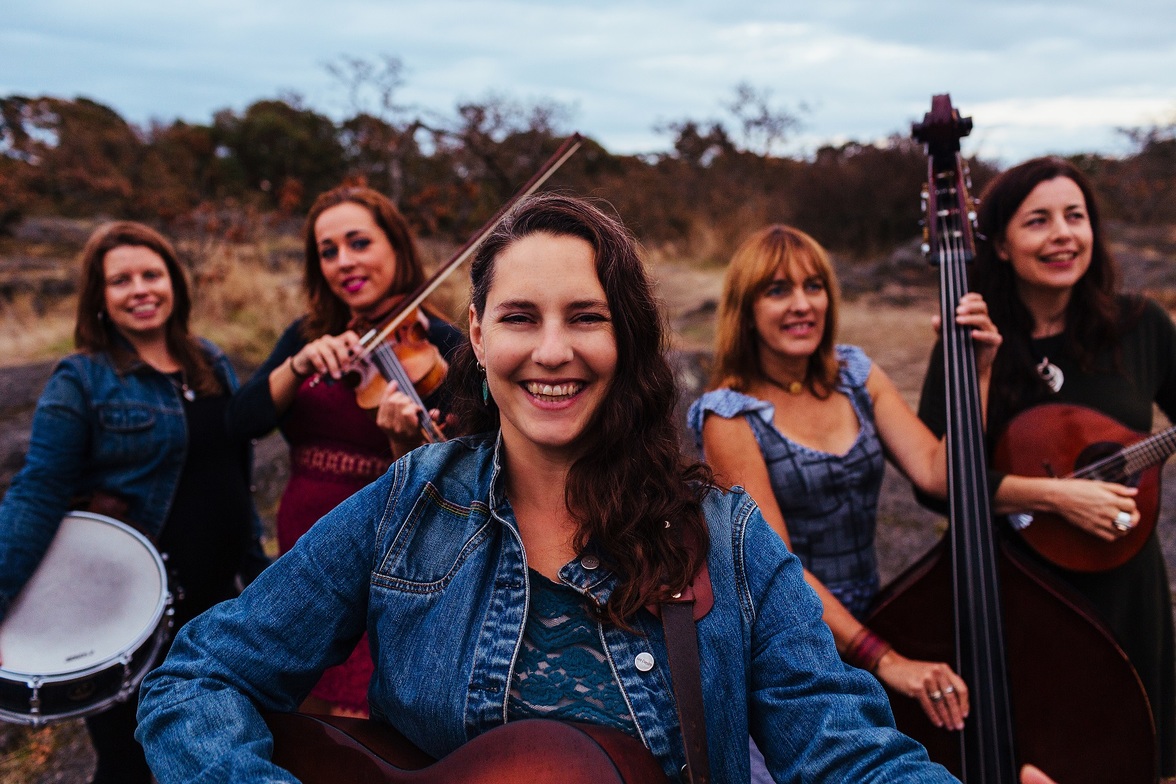 We were super excited to host Genevieve and the Wild Sundays this past June!

They kicked off the summer with a fantastic concert at St. Matthias on June 22.

In case you haven't come across this amazing group of women, you can read their press bio below and check out their YouTube channel, website or other social media sites.

Look for more exciting concerts in the fall!

Genevieve and the Wild Sundays

Genevieve began crafting tales of love, loss and rural living while homesteading in the Cowichan Valley, in between raising her three sons, harvesting veggies from the garden and hauling firewood to fuel her earthen home. In 2013, longing for vocal harmonies and instrumentation for her songs, she brought together long-time bluegrasser and fellow Balkan Babe Kelly Sherwin, vocalist/percussionist Laura Carleton, and Yiddish Columbia State Orchestra’s mandolin player Chandra Crowe to create the Wild Sundays.

Five-time North American fiddle champion and 2017 Juno Winner Ivonne Hernandez (Fretless) joined in July 2016, bringing her virtuosic prowess to the band. This package delivers a powerful and engaging live show, with songs that will stir your heart one moment, make you laugh the next, and wow you with dazzling instrumentation and spitfire lyrics. Their new studio album “Fine Line” was released in May 2016 to critical acclaim, and showcase the band’s “polished musicianship and shimmering harmonies” that “float through your ears like bluegrass angels”.  Fine Line was nominated for three 2017 Vancouver Island Music Awards and took Producer of the Year for One Ton Studios in Victoria, BC. Folk Radio UK calls it a “ self-assured and stylish collection of very listenable contemporary folk-roots songs”.

Genevieve won the 2017 BC Musician Songwriting Competition with her song “Down Down Down”, which was also a 2017 International Acoustic Music Award finalist. Genevieve’s debut album “Updraft” garnered a Producer of the Year Award for Marc Atkinson, and her song “Farmer Ain’t in the Dell” was nominated for Country Recording of the Year at the 2014 Vancouver Island Music Awards. Genevieve and the Wild Sundays have graced stages at Rifflandia, the Islands Folk Festival, and Butchart Gardens and have toured the west coast."